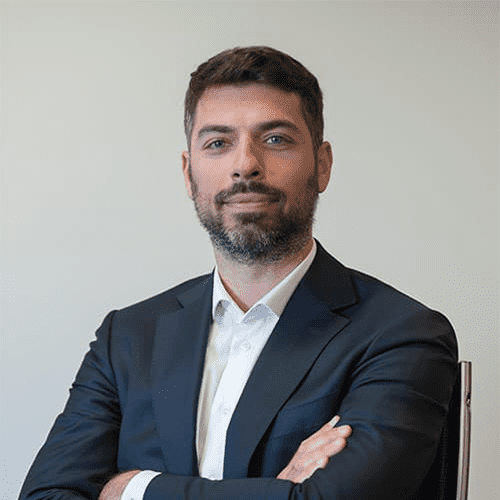 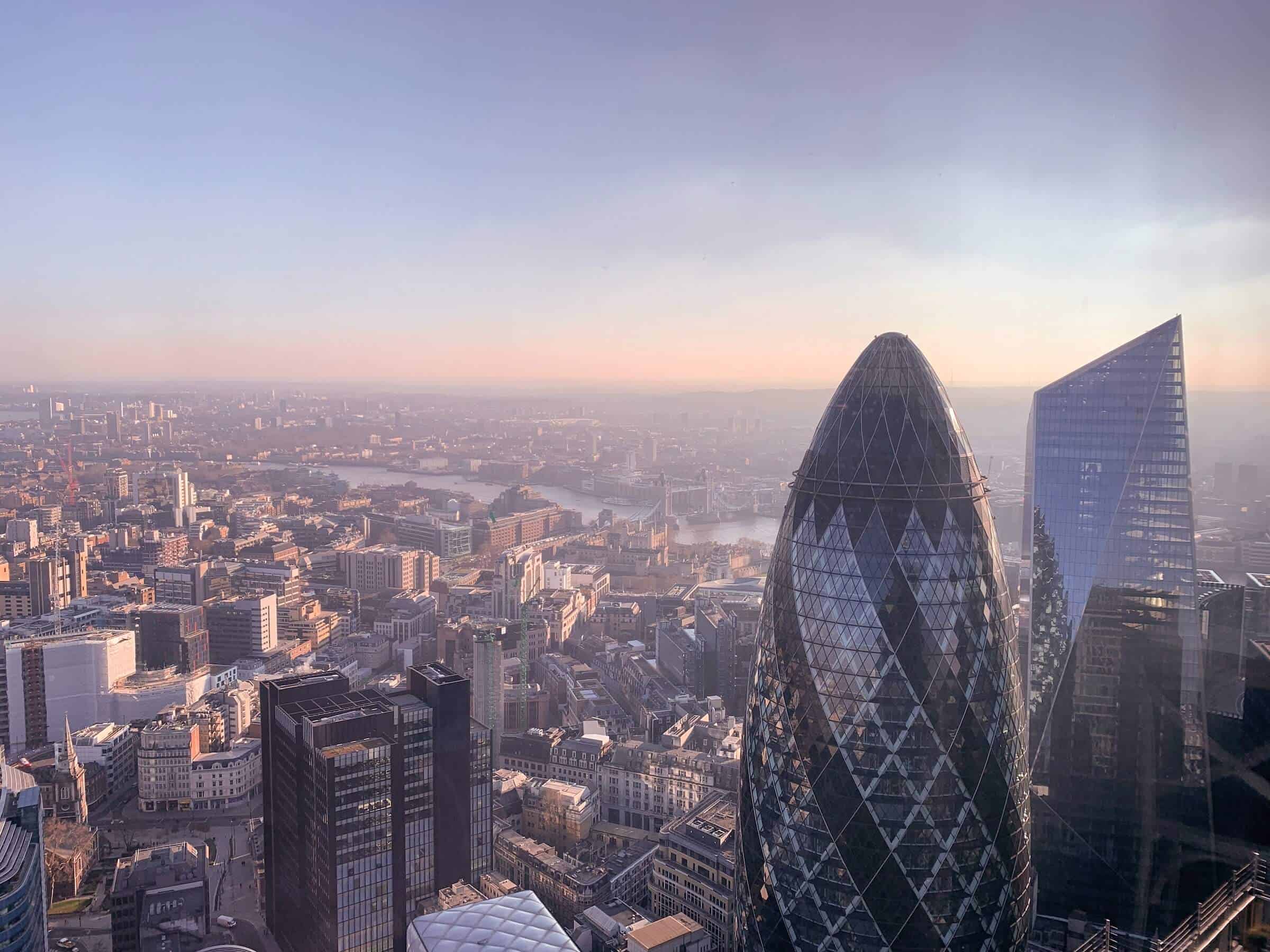 Not long ago it was common for non-UK domiciled individuals who were also not UK resident to purchase and hold residential real estate in the United Kingdom through offshore companies.

The typical structure usually included an offshore trust on top of the offshore company.

Furthermore, any gain realized on a disposal of the company’s shares would have also been exempt from capital gains tax.

In the last few years the tax landscape in real estate has changed dramatically as the government tried to discourage the use of offshore structures for holding UK properties and level the playing field between UK and non-UK domiciled owners.

The first move made in this direction was the introduction of the Annual Tax on Enveloped Dwellings (ATED) by Finance Act 2013.

The tax targets non-natural persons holding UK real estate with a value above £500,000 unless a relief applies.

This change was also extended to commercial real estate from 6 April 2019.

Therefore, the real nail in the coffin for enveloped properties came in April 2017 when the new legislation introduced by Finance (No. 2) Act 2017 made shares in offshore companies holding UK residential real estate non-excluded property for IHT and so subject to tax.

Last but not least, following the enactment of the Economic Crime (Transparency and Enforcement) Act 2022 on 15 March 2022, all overseas entities holding UK property or land have now to register with the new Register of Overseas Entities.

Details of beneficial owners and managing officers are publicly available on this register so in most cases even the anonymity advantage given by an offshore structure is lost.

Some properties have been de-enveloped both before or soon after the introduction of the anti-enveloping legislation but many structures are still in place for various reasons and it is common for clients to question whether they should be wound up.

The answer in the majority of cases is down to costs.

What is the cost of winding it down compared to the one of maintaining it?

Legal and administrative costs play a role when de-enveloping a property from an offshore structure but in most cases we find that the main is tax.

De-enveloping one of more properties out of a non-UK resident company can be made in different ways according to the company country of incorporation and residence laws but mainly these are:

When de-enveloping UK properties owned by non-UK resident companies the following tax implications must be considered:

In a company liquidation there are three events to consider for capital gain tax purposes:

Where assets are transferred from a company to its shareholders as part of the proceeds of liquidation or voluntary strike off, the market value of those assets will need to be established and capital gain on the deemed sale of the assets computed accordingly.

From a CGT point of view the company will be considered as if it sold all its assets at market value.

This means that if the company is liquidated, any gain arising from the deemed disposal of UK real estate will be subject to UK corporation tax at the rate of 19% (for the financial year 2022/23).

The default method to calculate any taxable gain is called “rebasing”.

The method calculates any capital gain or loss as if the properties were acquired on 5 April 2015 for a consideration equal to its open market value at that date.

Indexation allowance to avoid taxing gains that arise solely by virtue of inflation may be available if the company carries on a business but in any case it will be limited since it has been was frozen on 31 December 2017.

In addition to the rebasing method, the company will be free to elect for one of the other two available methods for calculating the gain (or loss).

The first one is the so called “straight-line time apportionment” and the second one is the “retrospective basis” which treats the total gain or loss accruing over its period of ownership from the acquisition to the disposal.

Extraction of assets from the company would be taxed at the shareholder’s level, either as a distribution, in case of voluntary strike-off, or under Capital Gain Tax principles, in case of liquidation.

In the UK, a transfer of assets by a liquidator to its shareholders in a company members’ voluntary liquidation is treated as proceeds for CGT purposes.

With the introduction of Finance Act 2019, from April 2019 indirect disposals of UK land made by non-UK resident persons are caught by UK CGT rules.

The indirect disposal rules apply where a person makes a disposal of an entity (property rich company) that derives 75% or more of its gross asset value from UK land.

The following two tests must be performed at the date of disposal to establish whether a disposal is within the scope of the rules:

For CGT purposes, a person has a substantial indirect interest in UK land if, at any time in the period of two years ending with the time of the disposal, the person has had at least a 25% investment in the company.

Investment means voting powers, entitlement to proceeds in case of disposal, income distribution or assets in case of winding up.

Assuming that the deemed sale of company’s shares will be caught by UK CGT rules, it is important to understand which country will have taxing rights over the gain.

The UK will try to tax any gain made on the disposal of a property-rich entity at source while the country of residence of its shareholders will presumably seek to apply its territorial rights to tax the disposal of the shares unless an exemption applies.

The UK has a wide network of tax treaties.

The principal function of these treaties is to allocate taxing rights between two contracting States.

Most of the UK’s tax treaties include a provision similar to that in Article 13.4 of the OECD Model Convention, 2014 version (“the securitised land provision”) to allocate taxing rights to the UK on gains on disposals of shares in UK-property rich companies.

This provision aims at taxing capital gains that are closely linked to a certain country, as gains on real estate certainly are.

Where the UK has a treaty with a particular country with provisions allocating rights to capital gains, and the securitised land provision is not included in the treaty, the general rule is that the state of residence of the person disposing of the interest in the entity, and not the UK, will have taxing rights over the gain.

Where the UK does not have a Tax Treaty with a territory, or the Treaty does not contain any provisions allocating taxing rights over capital gains, the UK domestic law operates without constraints.

Therefore, nothing prevents the two countries from amending or implementing the current Treaty at any time.

Recently the UK and Luxembourg signed a new double tax treaty and protocol that, among other changes grants the UK taxing rights on gains made by a Luxembourg resident person on the disposal of shares in companies that derive more than 50% of their value, directly or indirectly, from UK real estate.

Broadly, non-residents making direct or indirect disposals of UK land that are not excluded disposals must deliver a return in respect of the disposal to HMRC within a “payment window” of 60 days following the completion of the disposal, and a payment on account made at the same time.

SDLT is a tax on land transactions that is any acquisition of a chargeable interest other than an exempt interest.

It is chargeable on the underlying transaction, irrespective of the documents used (or not used).

Generally speaking, SDLT applies on the transfer of land (real estate) and its chargeable on the consideration paid by the buyer.

Consideration is defined by paragraph 1, Finance Act 2003 as “money or money’s worth given for the subject-matter of the transaction……………..”

In a company liquidation the shareholders do not pay any consideration for the assets received, hence SDLT should not be chargeable.

Hence, when there is outstanding debt on an asset owned by a company and the asset is transferred to the company shareholders by way of liquidation, if the shareholders assume liability for or pays off the seller's mortgage, the chargeable consideration includes the outstanding mortgage.

Furthermore, HMRC has confirmed that when a property is de-enveloped, they do not consider that any chargeable consideration is paid by the company shareholders in the following two situations:

Anti-avoidance rules found in s. 75A FA2003 could apply in case of avoidance of tax where the shareholder of a company provides funds to the company to allow it to discharge its debt before acquiring the property from the company if those actions are involved in connection with that disposal or acquisition.

In UK, the heirs of an individual are subject to Inheritance Tax (IHT) on:

If the individual is domiciled abroad for tax purposes assets belonging to his/her estate and located abroad are considered excluded property and therefore not subject to UK IHT.

Real estate located in the UK (UK situs asset) is considered to be non-excluded property and subject to IHT in the UK whether or not the owner is domiciled in the UK for tax purposes.

A new legislation was introduced in 2017 as an anti-evasion regulation to ensure that UK real estate are subject to IHT regulations in the UK.

Since then shares of a company (close company) not resident in England whose value is directly or indirectly attributable to residential property in the UK are considered to be non-excluded property.

The rules therefore apply when two conditions are met:

Broadly a “close company” is a company under the control:

The 2017 legislation goes much further than making shares in offshore rich companies subject to IHT.

Among those that were introduced, one of particular interest in this case is the two-year rule.

According to this rule, the proceeds of sale of an interest in a company continue to stay within the IHT net for two years afterwards even if they are reinvested in other assets.

Potential exit charges at the trust level will also have to be considered.

Deciding to de-envelop a UK property out of an offshore company requires careful thinking.

The benefits of closing down the structure and eliminate its costs administrative burden must be weighed against the administrative, legal and tax costs of carrying out the transaction itself.

Tax costs will depend on several factors: the base cost of the property, its market value at the time of the transfer it to its shareholder, whether any debt is secured against the property, the value of the company’s shares at April 2019 and the country of residence of the shareholder.

Proper consideration must also be taken to potential SDLT pitfalls.

Furthermore, exposure to UK inheritance tax after disposing of the company’s shares should not be overseen.

As usual before taking any decision please seek professional advice.

I'm available for consultation,
let's work together
Book a call

Contact me - I will be in touch personally asap.

Because life is complicated enough.

Speak to our team